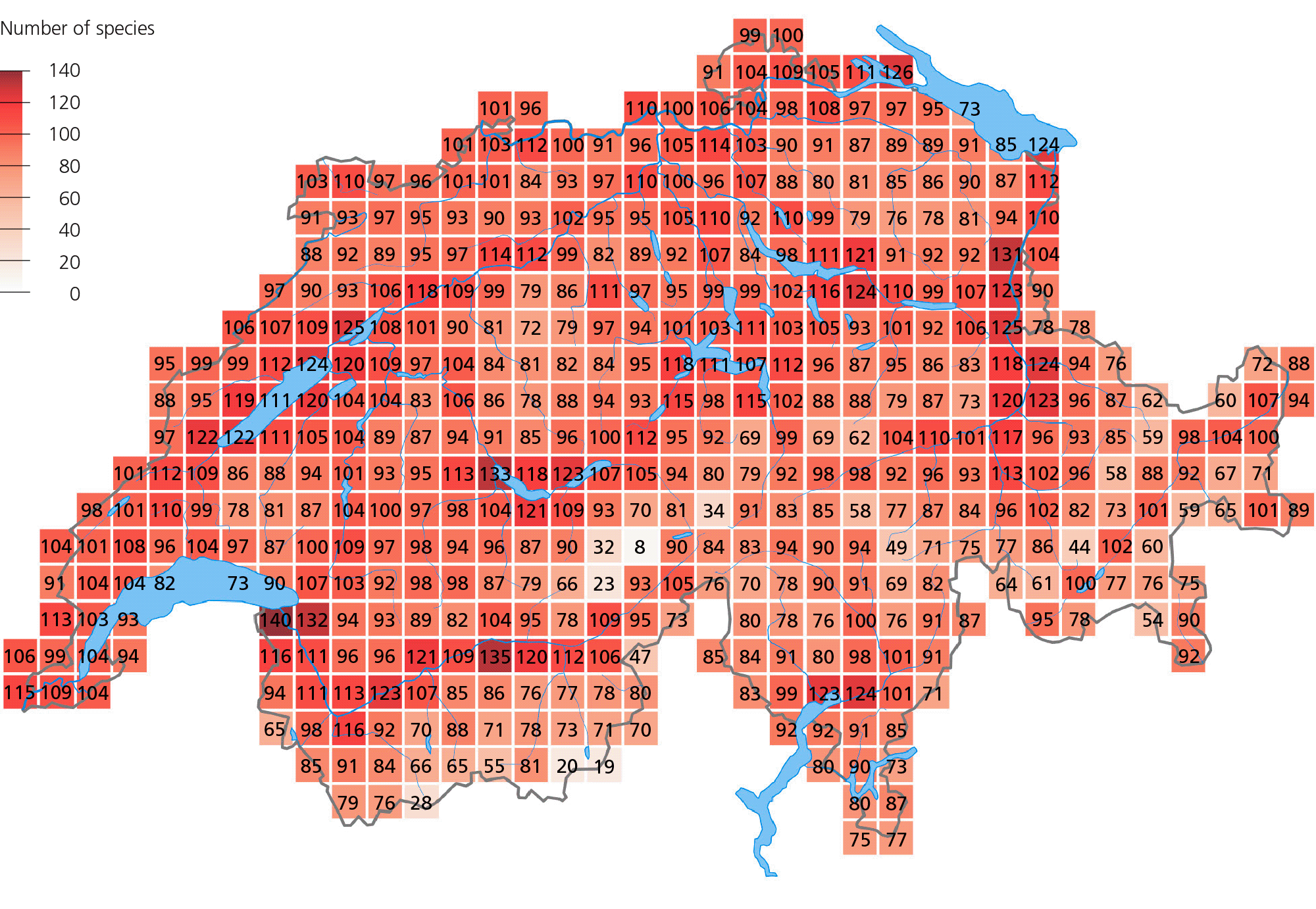 In 2013–2016, Switzerland accommodated 210 species of breeding birds. Between 8 and 140 species were found per atlas square. At low and medium altitudes, between 40 and 50 breeding bird species occupy each kilometre square; above the tree line, significantly fewer species occur.

In 2013–2016, 210 species bred or attempted to breed in Switzerland. A further six species bred in neighbouring countries close to the Swiss border, but still within the atlas perimeter.

The number of breeding bird species found per atlas square (10 × 10 km) ranges from eight (65/15 Finsteraarhorn) to 140 (55/13 Vouvry). The most species-rich atlas squares are located all over Switzerland. In many cases, these squares contain nature reserves (mostly wetlands) and/or span a large altitudinal gradient. Besides atlas squares in the Rhone and Rhine Valleys, areas around Lakes Neuchâtel, Thun, Constance, Zurich and Lago Maggiore are particularly rich in species. When comparing the different biogeographical regions, the Jura comes out on top with an average of about 100 species per atlas square. On the Central Plateau and in the northern Alps, 97 species were found on average per atlas square, and 85 in the central Alps. The southern Alps present a mixed picture. In general, species richness declines with increasing altitude. The lowest species numbers are found in atlas squares high up in the mountains. 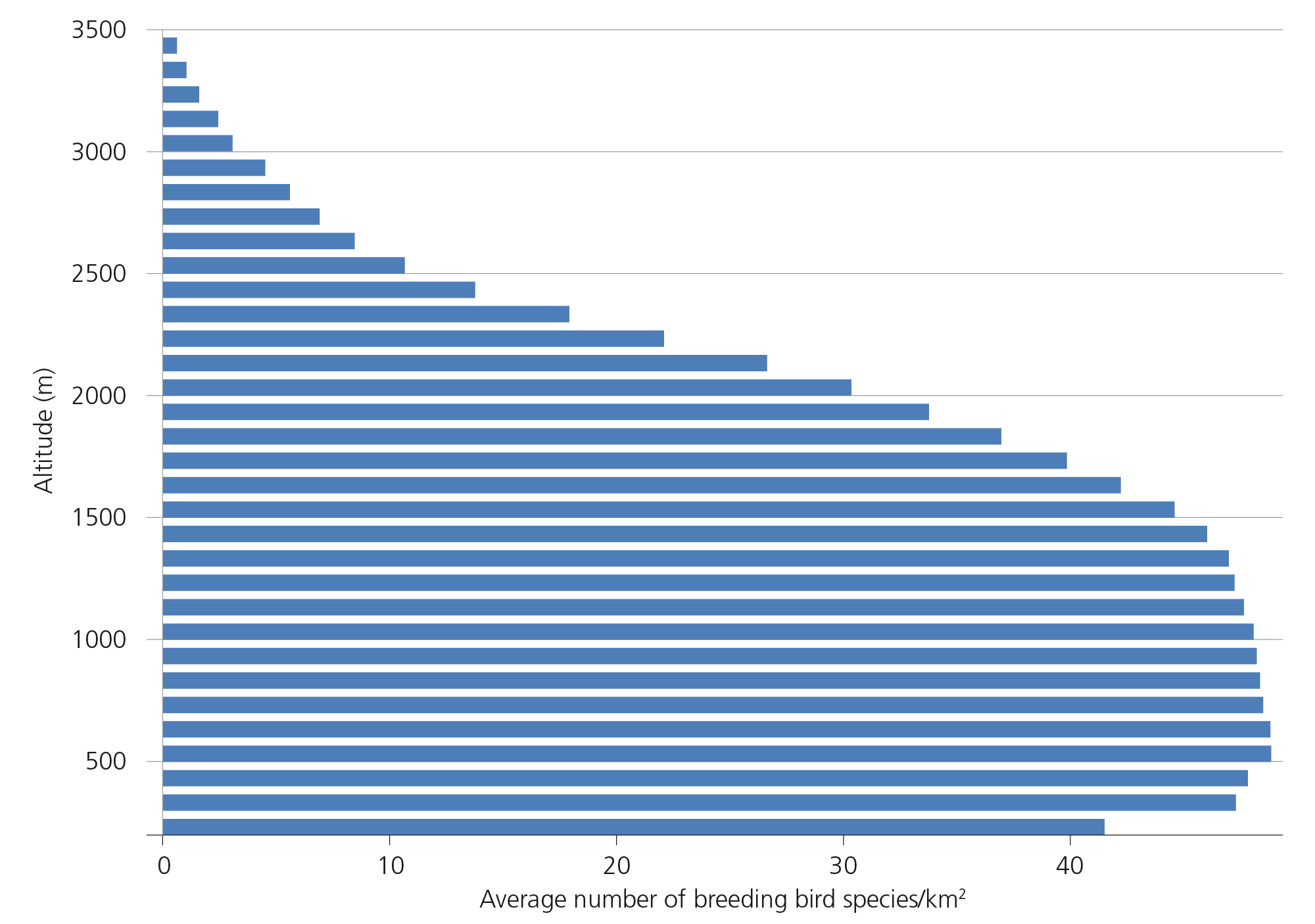 Average number of breeding bird species per kilometre square for each altitude level in 2013–2016. Kilometre squares containing only water were not included. 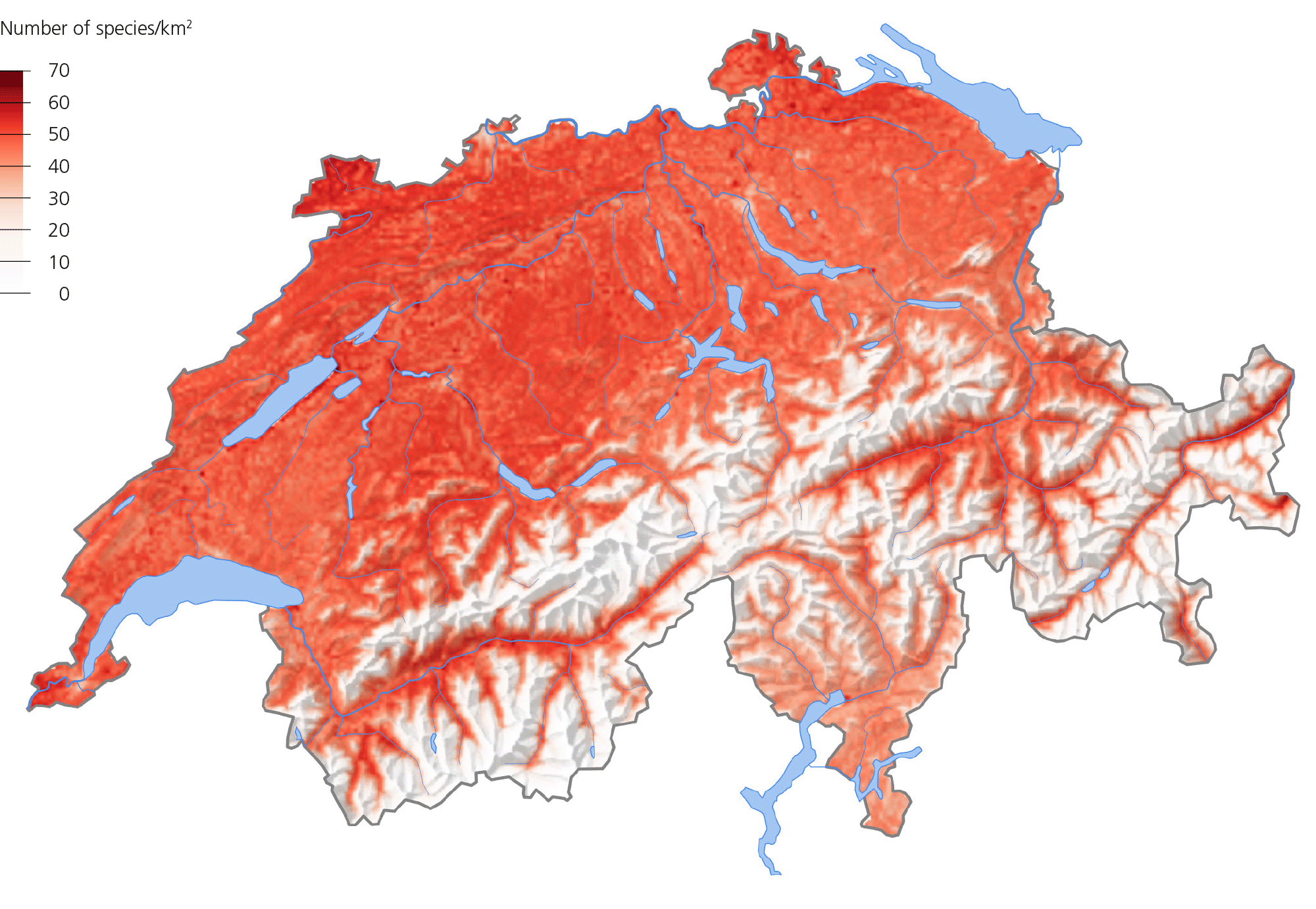