Alpine coniferous forests and their birds

Spruce is by far the most abundant tree species in sub-Alpine coniferous forest. Light falling onto the forest floor generates young growth of spruce and pioneer deciduous plants such as mountain ash, while damp hollows are occasionally overgrown by ferns. © Pierre Mollet

In the coniferous forests of the Alps, species with a predominantly southern European distribution coexist with species of the boreal zone. After centuries of agri-silvicultural use and sometimes overuse, many sub-Alpine

Coniferous forests cover the higher montane and sub-Alpine zones of the Alps and are characterised by the complete absence of beech in the tree layer. They dominate the forested area of the Alps from about 1500 m to the upper tree line, but they regularly occur above 1100 m in locations where beech is unable to grow, and to a very small extent at even lower altitudes.

Spruce is by far the most abundant tree species, followed by fir. In inner-Alpine valleys with a marked continental climate (cold winters, warm and dry summers) these two species are replaced by stone pine and larch above about 1900 m. Larch also forms extensive pure stands in the southern Alps along the upper tree line. Mountain pine occasionally forms pure stands on extremely dry soils, where all other species fail to grow. The only deciduous trees in montane coniferous forests are rowan, sycamore and downy birch. Green alder also frequently occurs at these altitudes and forms pure stands, but these are generally considered shrub rather than forest.

Many montane coniferous forests, especially along the upper tree line, have an open structure, with plenty of light reaching the forest floor and light-loving plants growing in the underbrush. Centuries of timber use and grazing have created even more gaps in these naturally open forests and caused the upper tree line to shift downwards.

Rejuvenation of stone pine at the upper tree line. Northern Nutcrackers carry the seeds of large trees up the slopes and store them in caches. The seeds that are not recovered germinate. The birds thus cause the spread of stone pines along the altitudinal gradient. The resulting dwarf-shrub heaths and Alpine pastures with scattered trees are excellent habitat for Tree Pipit, Citril Finch and Lesser Whitethroat.

Coniferous forests at high altitude tend to support fewer bird species than lower-lying montane mixed forests. The remarkably high species numbers found in some studies can be explained by an exceptionally rich forest structure resulting from storms or bark beetle outbreaks. Species composition in sub-Alpine coniferous forests is particularly interesting in several respects. On the one hand, species typical of northern, Alpine regions such as Three-toed Woodpecker or Eurasian Pygmy-owl coexist with birds whose main distribution is in southern Europe, such as Citril Finch and Western Bonelli's Warbler. On the other hand, the open and semi-open forests at the upper tree line and on the margins of farmland are hugely important for species like Tree Pipit or Lesser Whitethroat, which rely on open terrain with scattered trees.

In Switzerland, but presumably also in neighbouring Alpine countries, montane coniferous forests are one of the most important habitats for European bird conservation. A total of 37 bird species have proportionally large populations in Switzerland, so our country has a particular responsibility for their conservation. The Alpine species Water Pipit, Alpine Accentor, White-winged Snowfinch and Yellow-billed Chough head this list, but several species typical of sub-Alpine coniferous forests, such as Ring Ouzel, Citril Finch, Northern Nutcracker, Coal Tit and Boreal Owl also occur in Switzerland in higher numbers than would be expected given the size of the country. 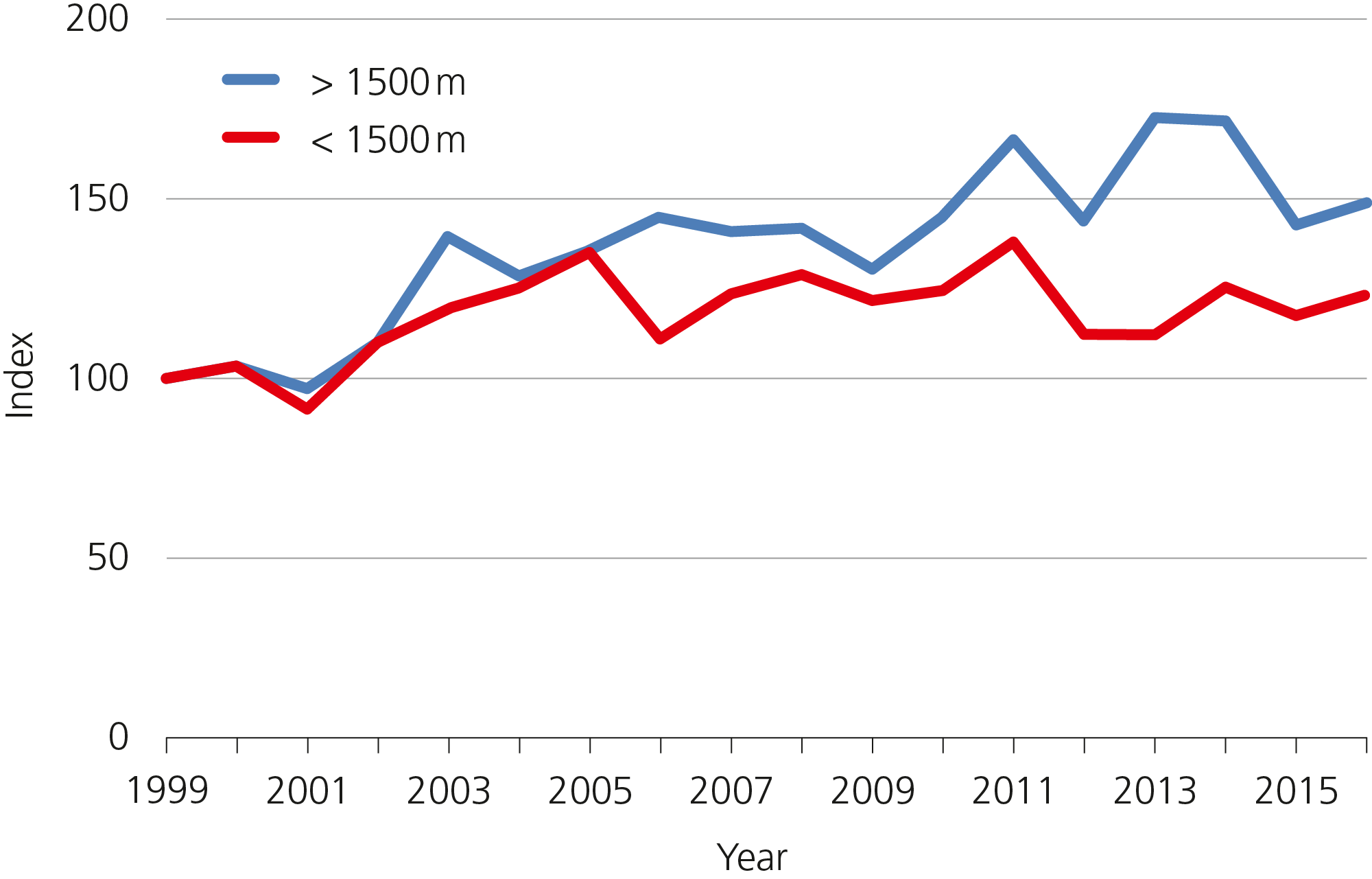 Population trend of the Crested Tit from 1999–2016 with data from the common breeding bird monitoring scheme; the base year is 1999 with an index value of 100. The population increase was more pronounced above 1500 m (blue curve) than below 1500 m (red curve).

Changes in forest use

For centuries, mountain forests have been used to a greater or lesser extent by humans, often locally in the form of mixed agri-silvicultural systems, with grazed woodland taking up large areas. But timber was also put to large-scale commercial use, i.e. sold as raw material to lowland areas, or used as fuel in the smelting of locally mined metal ores. From the late 19th century, however, life began to change radically in many ways for the inhabitants of mountain areas, with changes also affecting silviculture and therefore forest development. First, timber gradually lost its significance as a fuel and building material and was replaced by other materials such as coal and steel. From then on, few mountain forests were used for large commercial timber operations. The development that began then continues to this day and is mainly characterised by a strong increase in the growing stock and in old-growth stands, but also an increase in deadwood. In addition, large expanses of cultivated land were abandoned during the 20th century, mainly less productive areas. A substantial increase in wooded area followed – another trend that continues until today.

The consequences of these changes for forest birds are only partly reflected in the survey results. The increase in the growing stock has presumably improved conditions for woodpeckers and other cavity breeders in particular. The population index for the Crested Tit did indeed increase considerably between 1999 and 2016 in forests above 1500 m, in contrast to the index below that altitude. On the other hand, the increase in the growing stock has led to denser and darker forests, which is thought to be one of the main reasons for the decline of the Western Capercaillie. It is further likely that forest encroachment on former farmland has led to positive trends in species associated with young forests, but also to negative trends in species of open and semi-open terrain. Data from Ticino do in fact indicate that the abandonment of Alpine pastures and the resulting changes in vegetation may have contributed to the negative trends in Black Grouse populations.

For decades, old-growth stands and deadwood have increased in sub-Alpine coniferous forests, leading to the greater timber stock we have today.

The situation is promising, but the future uncertain

The overwhelming majority of species in sub-Alpine coniferous forests are widespread and not threatened. Many have even expanded their breeding range in the past decades, or their populations have increased. How the situation develops from here depends mainly on the future anthropogenic use of these forests. Will the increase of old-growth elements and deadwood continue? Or will energy scarcity lead to a renewed exploitation or even over-exploitation of timber? And how will climate change affect sub-Alpine coniferous forests and their birds? There are no definite answers, but monitoring the forests and their avifauna will continue to be of central importance in the future to provide a sound basis for decision making.

Deadwood and old-growth stands are essential for birds

Deadwood and old-growth stands are critical resources for a wide variety of species groups. Both have become more abundant in forests of marginal economic… 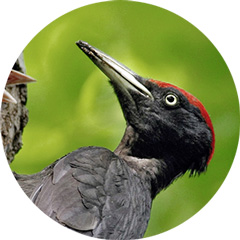 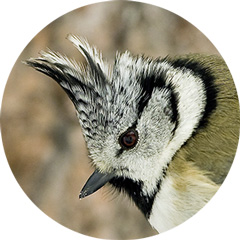 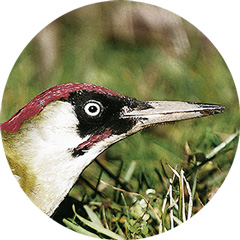 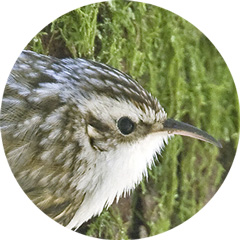 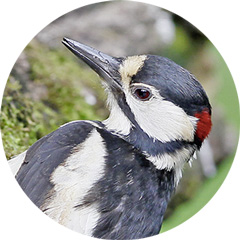 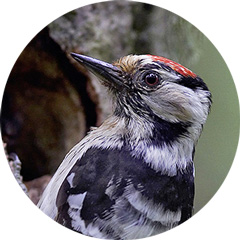 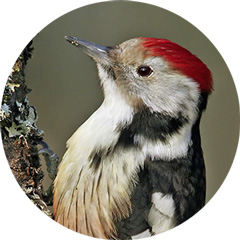 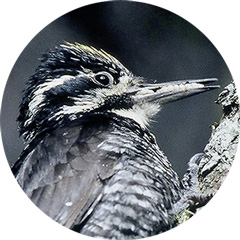 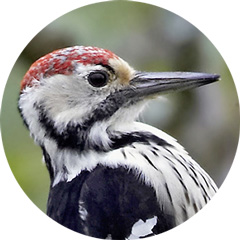 Alluvial forests – a paradise for birds

Alluvial forests are shaped by the dynamics of rivers, making them the most species-rich forests in Europe. In the past 200 years, many alluvial forests… 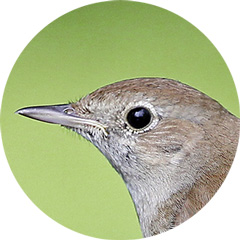 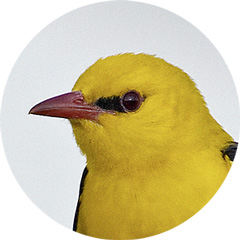 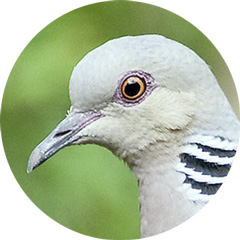 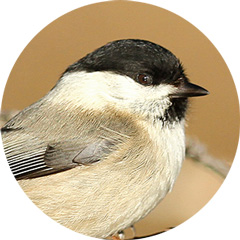 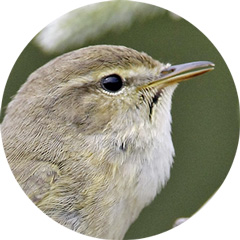 Natural disasters give rise to biodiversity

Forest covers about a third of the area of Switzerland, and therefore plays an important role in species conservation. For the past century, forest area… 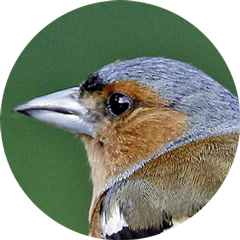 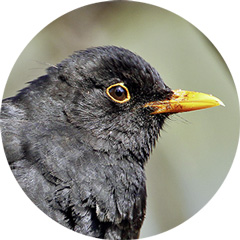 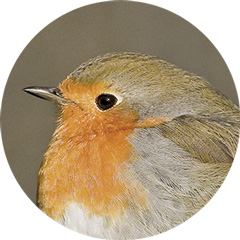 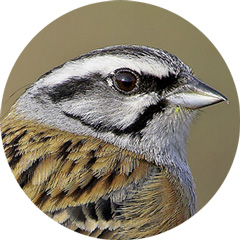 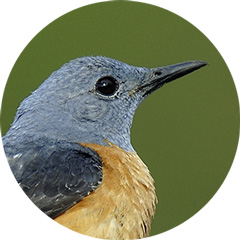 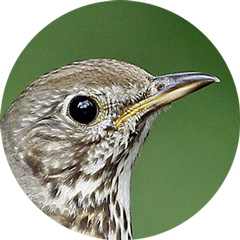 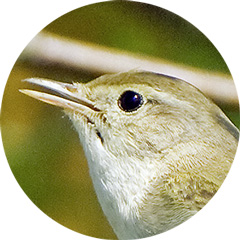