Rolf Hauri conducted a thorough survey of the Tufted Duck population on the Lenkerseeli in the Bernese Oberland and was able to show that in many years, only half the females pro-duce offspring. © Verena Keller

In winter, Switzerland’s lakes and rivers accommodate about half a million waterbirds. The populations are much smaller during the breeding season, and only few species breed regularly in large numbers, as suitable breeding habitats are rare. Ducks are a case in point.

Switzerland has an abundance of waterbodies. The lakes on the Central Plateau rarely freeze over and never dry up, so that food is always accessible to waterbirds in winter. That makes Switzerland an attractive wintering site for waterbirds. However, ideal wintering grounds are not always suitable for breeding, as breeding requires sheltered sites for birds to nest and raise their young. Many species like to breed in reedbeds or on islands, for example, where they are better protected from ground predators than along the shore. But such sites are rare because our lakes are often very deep. Just how attractive these sites are for breeding ducks is illustrated by the artificial islands on Lake Neuchâtel or in the Reuss delta UR, which are used by several species. Marshes with a high water level and small areas of open water, where ducks can hide their nests in clumps of sedges, also offer protection from predators. These habitats have become rare due to the drainage of wetlands and the construction of bank protection works.

Only few sites exist where not only Mallards, but several other duck species breed as well. The upper part of Lake Zurich with the adjacent Kaltbrunner Riet SG is particularly notable. In 2013–2016, Common Eider, Red-crested Pochard, Common Pochard, Tufted Duck, Garganey and Northern Shoveler bred here – six of the ten rarer species. In the Ermatinger Becken TG and Wollmatinger Ried D, an area that straddles the German-Swiss border, breeding of Red-crested Pochard, Ferruginous Duck, Tufted Duck, Garganey and Gadwall was recorded. 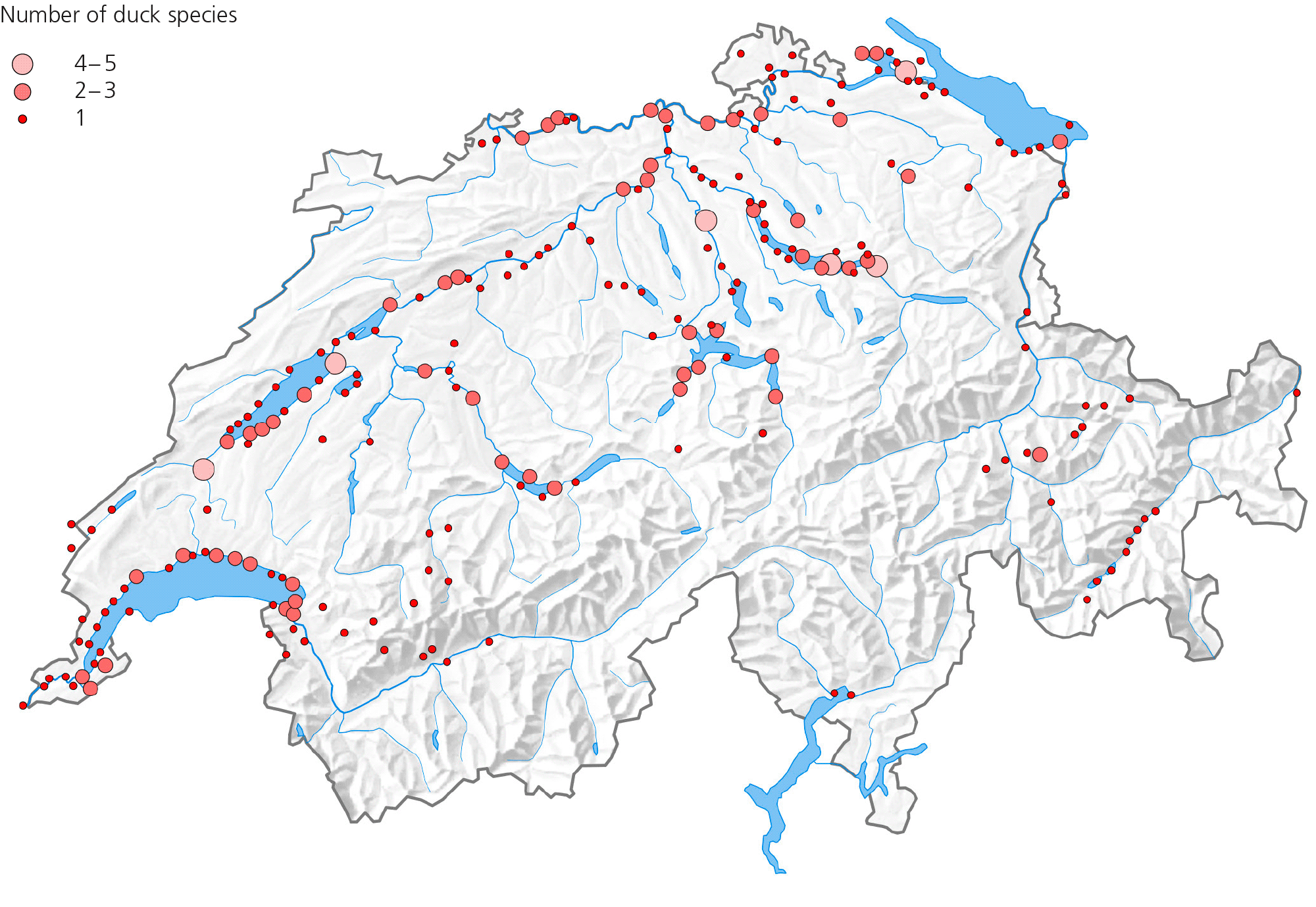 Each of the ten duck species considered rare in Switzerland (Common Eider, Mandarin Duck, Red-crested Pochard, Common Pochard, Ferruginous Duck, Tufted Duck, Garganey, Northern Shoveler, Gadwall, Common Teal) has specific habitat requirements. Still, there is some overlap, as most duck chicks depend on insects and other invertebrates for food. The areas with the highest species diversity (number of duck species besides the Mallard) in 2013–2016 are characterised by wetlands with lots of structural variation on or near the large lakes.

From winter visitor to breeding bird

In Switzerland, the only common and widespread duck is the Mallard, a species that is extremely adaptable in its choice of habitat. All other duck species are rare breeders. On the lakes and rivers that serve as wintering sites, individuals or small groups of ducks can regularly be observed spending the summer in Switzerland. These are often one-year-old juveniles that do not yet breed; some are injured birds or birds in too poor a condition to return to their breeding grounds. Breeding will occasionally occur, but it is mostly sporadic as in the case of the Common Eider. Only Red-crested Pochard and Tufted Duck have managed to establish themselves in Switzerland and form populations of several hundred pairs. The Common Pochard, on the other hand, which often associates with these two species in winter, has remained a rare and local breeder. The reasons are unclear, as Red-crested Po-chards and Common Pochards breed side by side in areas such as the Doñana in Spain, the Dombes in France or the fish ponds in the Czech Republic. The mating system may play a role. While Red-crested Pochards search for a mate at the wintering sites and are thus able to rapidly colonise new areas, Common Pochards often only form pairs during spring migration or at the breeding grounds. Ducks are not the only birds to have established themselves as breeding species after wintering in Switzerland. Other waterbirds to have done the same are Red-breasted Merganser, Goosander and Black-necked Grebe.

The simultaneous presence of late winter visitors and early breeders makes it difficult to es-timate the size of the breeding population. To minimise the risk of counting birds that spend the summer here without breeding, all Swiss atlases adopted strict requirements for records concerning the rarer duck species and other waterbirds: breeding must be confirmed. As the observers do not actively search for nests, the most frequent evidence of breeding are family parties (Atlas Code 13); the artificial islands on Lake Neuchâtel are the only sites where nests are counted systematically.

Map of atlas squares for Common Pochard (left) and Tufted Duck (right) showing possible and probable breeding as well as confirmed breeding (cut-off date: 10 May). The map for the Common Pochard contains many squares where breeding has never been confirmed. In the case of the more common Tufted Duck, the map of confirmed broods reflects the area of distribution well.

Such a conservative approach that limits records to confirmed broods is problematic when it comes to documenting population trends, as it only accounts for breeding success, which fluctuates more widely from year to year than the population itself. Breeding can fail for a number of reasons. Clutches are often lost to predators or because of variations in the water level, and many of the young disappear shortly after fledging. Duck families often keep to sheltering vegetation, where they are hard to detect. As an added difficulty, families often band together, especially Tufted Ducks. Brood parasitism, where females lay their eggs in the nests of the same or other species, is well documented especially for the Red-crested Pochard. The resulting mixed families further complicate monitoring efforts. For these rea-sons, the size of the breeding population is often underestimated. In the case of Red-crested Pochard and Tufted Duck, doubling the number of confirmed breeding records yields a real-istic estimate of the breeding population. A systematic census of breeding pairs at the start of the breeding season as it is done, for example, in Finland could improve the accu-racy of population trends.

For a long time, non-native birds received little attention. But today, invasive species are considered a threat to biodiversity. Monitoring these populations… 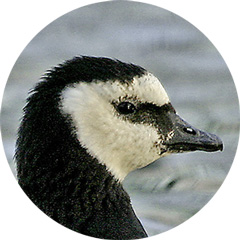 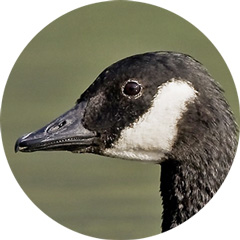 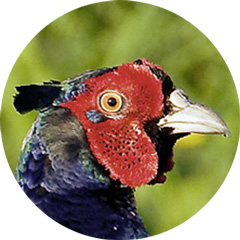 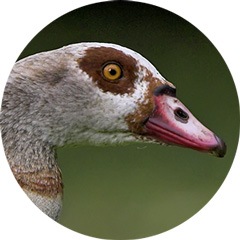 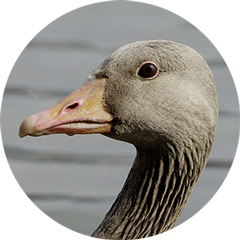 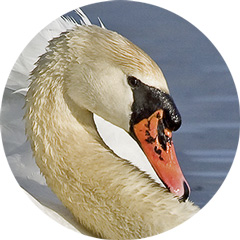 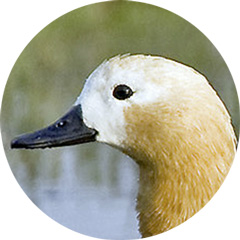 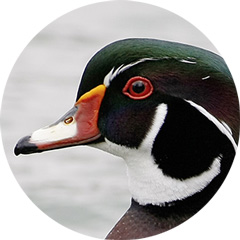 Switzerland’s lakes and rivers provide suitable habitat for fish-eaters. Distribution and abun-dance of most larger species have shown a positive trend… 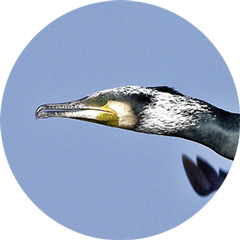 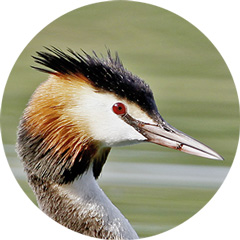