The Visitor centre is open according to the opening hours. Face masks are obligatory at the visitor centre. We do apologize for any inconvenience, such as waiting periods due to the measures concerning the Coronavirus. Booking required for group visits, maximum 15 people. Thank you for your understanding.

Due to the stricter Corona measures, most of our employees are in their home offices. Please understand that we cannot process all inquiries immediately. We would be grateful if you could contact us primarily by e-mail. In case of emergency we are of course available for you. Thank you for your understanding.

Unfortunately, it looks like 2019 will enter the ornithological history of Switzerland as the year the Grey Partridge disappeared. After two breeding pairs were recorded in the Canton of Geneva in 2018, there was not a single observation of wild birds in 2019. This marks a sad low point for what was once a common farmland bird. It is unlikely that the species will return.

The breeding bird index for the Grey Partridge from 1990 onwards: the peaks in the mid-2000s and early 2010s reflect the releases in the Klettgau SH and the Champagne genevoise.
Photo © Archive of the Swiss Ornithological Institute 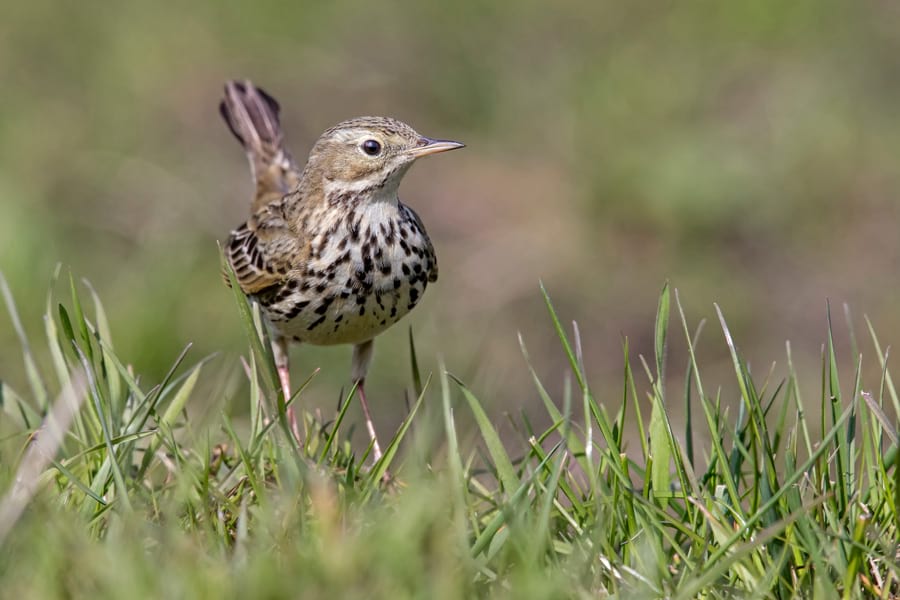 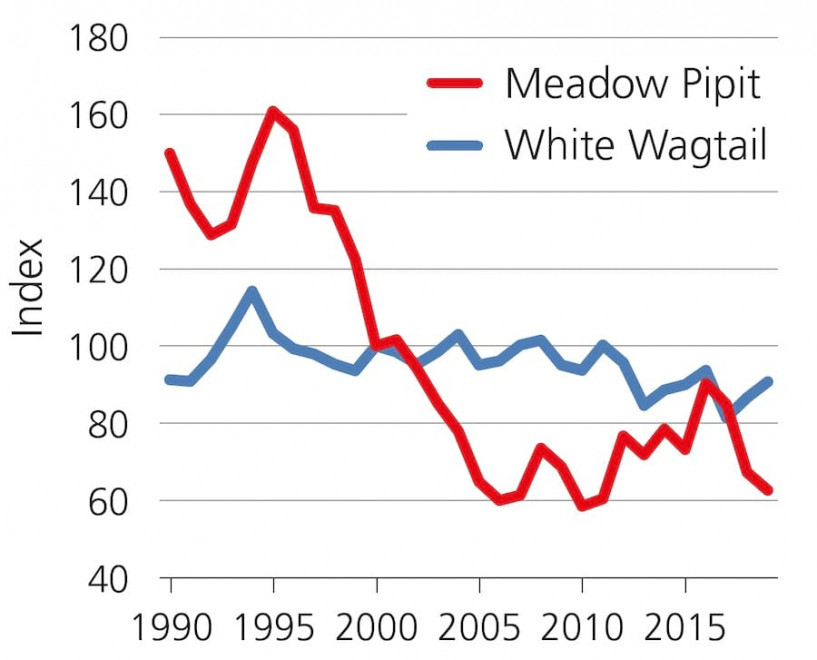 Meadow Pipit and White Wagtail: trends are negative, to a greater or lesser extent, in these two species reliant on farmland areas.
Photo © Archive of the Swiss Ornithological Institute 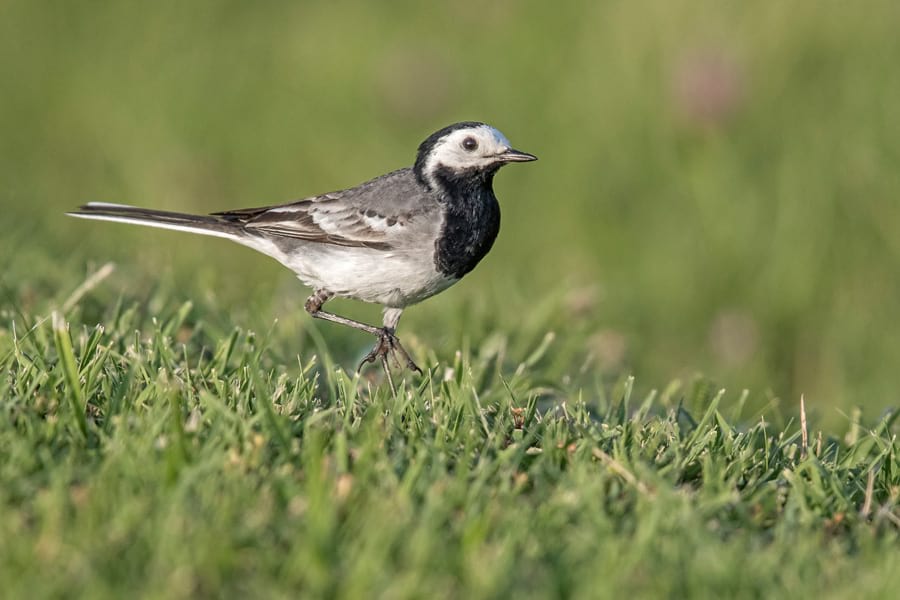 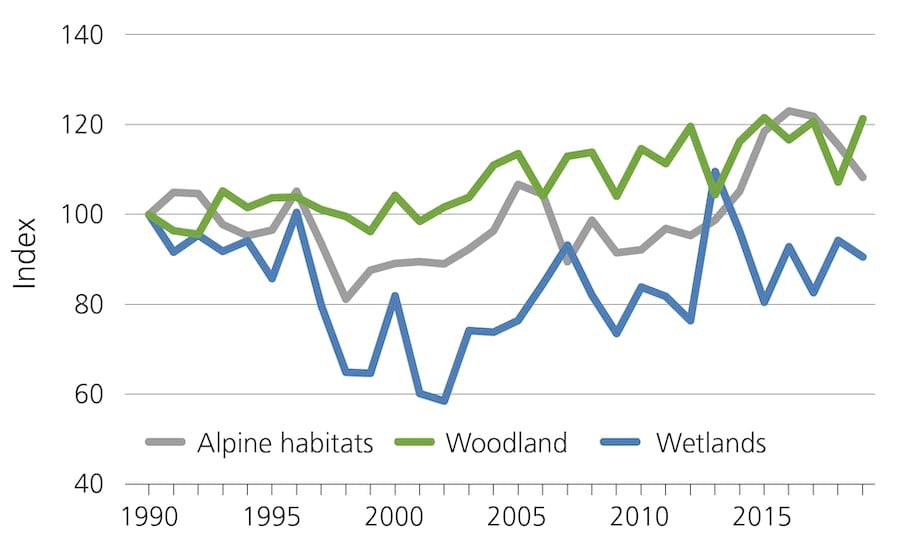 In 2019 the populations of many woodland birds (green) recovered from the previous year’s setback caused by the cold and snowy winter 2017/18. Alpine species (grey) declined because of the late snowmelt, as in 2018. Wetland species (blue) showed an average trend in 2019.
Photo © Archive of the Swiss Ornithological Institute

In the mid-20th century, the Grey Partridge population in farmland areas in Switzerland was estimated at about 10 000 individuals. How large must the population have been in even earlier times, for example around 1900, when breeding pairs were found in Grisons at up to 1300 m asl? In the second half of the 20th century, the population rapidly collapsed. In 1991, the Federal Office for the Environment (FOEN) asked the Swiss Ornithological Institute to carry out a recovery project for the Grey Partridge. Restoring habitats was the first step and took place in the Klettgau and Champagne genevoise in close collaboration with farmers and cantonal authorities. Large areas were ecologically improved with wildflower plots, low hedges and meadows managed at low intensity. Starting in 1998, the first Grey Partridges were reintroduced in the Klettgau, resulting in a population of 15–20 pairs from 2002 to 2004. After the population collapsed, mainly due to adverse weather conditions, reintroductions in the Klettgau were stopped in 2008. The species was last observed there in 2016.

Model calculations indicated that larger releases were necessary to support this short-lived species. From 2008 to 2012, an average of 500 Grey Partridges were released in the Champagne genevoise every autumn. Consequently, the breeding population increased to 60 pairs in 2012. But it was unable to sustain itself. The reasons for the failure are thought to be the insufficient size of the project areas («only» a few square kilometres) and high predator density. As a short-lived species, the Grey Partridge needs suitable habitats in a catchment area far larger than the size of the project areas. On the upside, other species such as Eurasian Skylark, Greater Whitethroat and Corn Bunting benefited greatly from the habitat improvements.

The Grey Partridge joins a list of other farmland birds that were unable to sustain their populations in Switzerland. Lesser Grey Shrike, Crested Lark, Great Grey Shrike, Woodchat Shrike, Ortolan Bunting and now the Grey Partridge are victims of the impoverishment of farmland and food sources. We must redouble our efforts as a society if we want farmland birds such as Corn Bunting, Whinchat, Northern Lapwing and others to continue to exist in Switzerland.

A look across the border only confirms that there is reason to fear the worst for the Grey Partridge. In Germany, its numbers declined by 90 % from 1992 to 2016. Similarly, populations have collapsed throughout Europe.

The situation of breeding birds in 2019
2019 was the fifth warmest year since records began in 1864. Winter was average in lowland areas and much too warm in Ticino. The coldest January for more than 30 years was recorded in the mountains above 1000 m. The eastern ranges of the Alps in particular had a lot of snow. Snowfall was at record highs again in April, and snow cover in the Alps stayed at winter levels due to unusually cool weather in May. The late snowmelt caused the decline recorded in many Alpine bird species in 2018 to continue in 2019.
The month of May was exceptionally wet and cool in lowland areas and the Jura as well, so that finding time to conduct surveys besides their regular job became a logistical challenge for many of our volunteers. The summer season was the third warmest since records began. Many birds faced difficult breeding conditions in particular because of the wet and cold weather in May. As in 2018, late breeders benefited from the warm and dry weather that followed.